Rarity: Very common
Size
They are quite a small species of snakes growing up to an average of 70-90cm long (Although I have found the largest one ever recorded in Bulgaria, which was an epic 1.83m long, you can see the snake on my YouTube channel Balkan Herping

Venom
The Grass Snake Is a non-venomous water snake species. They do not bite, but when felt threatened they will play dead and produce a horrible smelling liquid.

Habitat
It's found all over Europe near lakes, rivers, marshes and anywhere where there is water.

Breeding
They breed in April, and lay 10 to 40 eggs in one batch 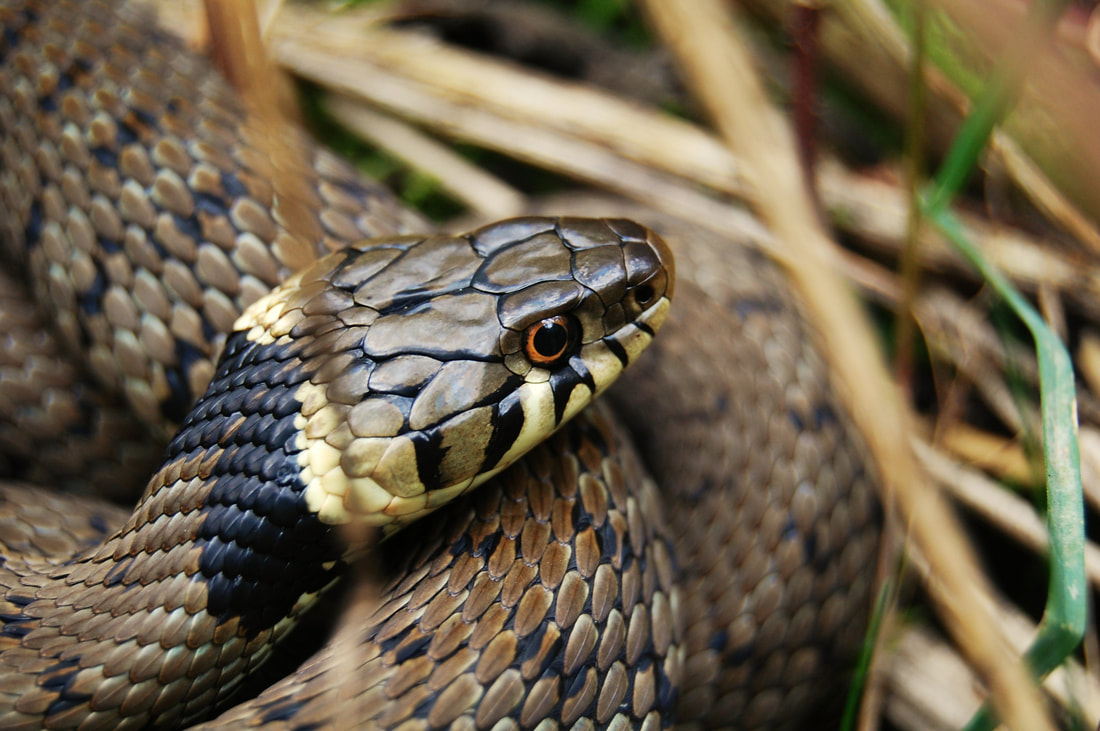 Grass Snake - not my image